The Elizabeth Lifestyle Hotel Bologna is not just a place to stay agreeably , enjoying an elegant atmosphere and an attentive welcome to every detail. It is also a place able to give broad cues to contemporary culture, promoting an idea of travel as an experience that makes you enjoy and know.
For example, thanks to the collaboration with the Galleria l'Affiche - a point of reference in Milan for curious, passionate and contemporary art collectors - a selection of editions, multiples and graphics makes common spaces and rooms unique. The result is like a collective exhibition that brings together the works of some of the most interesting authors on the contemporary scene: the unique "faces" of Bruno Munari, the impeccable editions of Guido Scarabottolo and Alessandro Gottardo aka Shout, the precious serigraphs by Gianluigi Toccafondo...

Bruno Munari (Milan 1907-1998) was a great protagonist of 20th century art, design and graphics. With his eclectic personality, he was able to synthesize creativity, research on form and sensorial experimentation, ranging between the most diverse artistic fields and collaborating with some of the leading companies of the Fifties and Sixties, such as Einaudi, Olivetti, Pirelli and Danese.
Particularly attentive to the world of childhood, he was one of the inventors of a new way of interpreting children's creativity. His laboratories are still considered today places of useful experimentation and research. 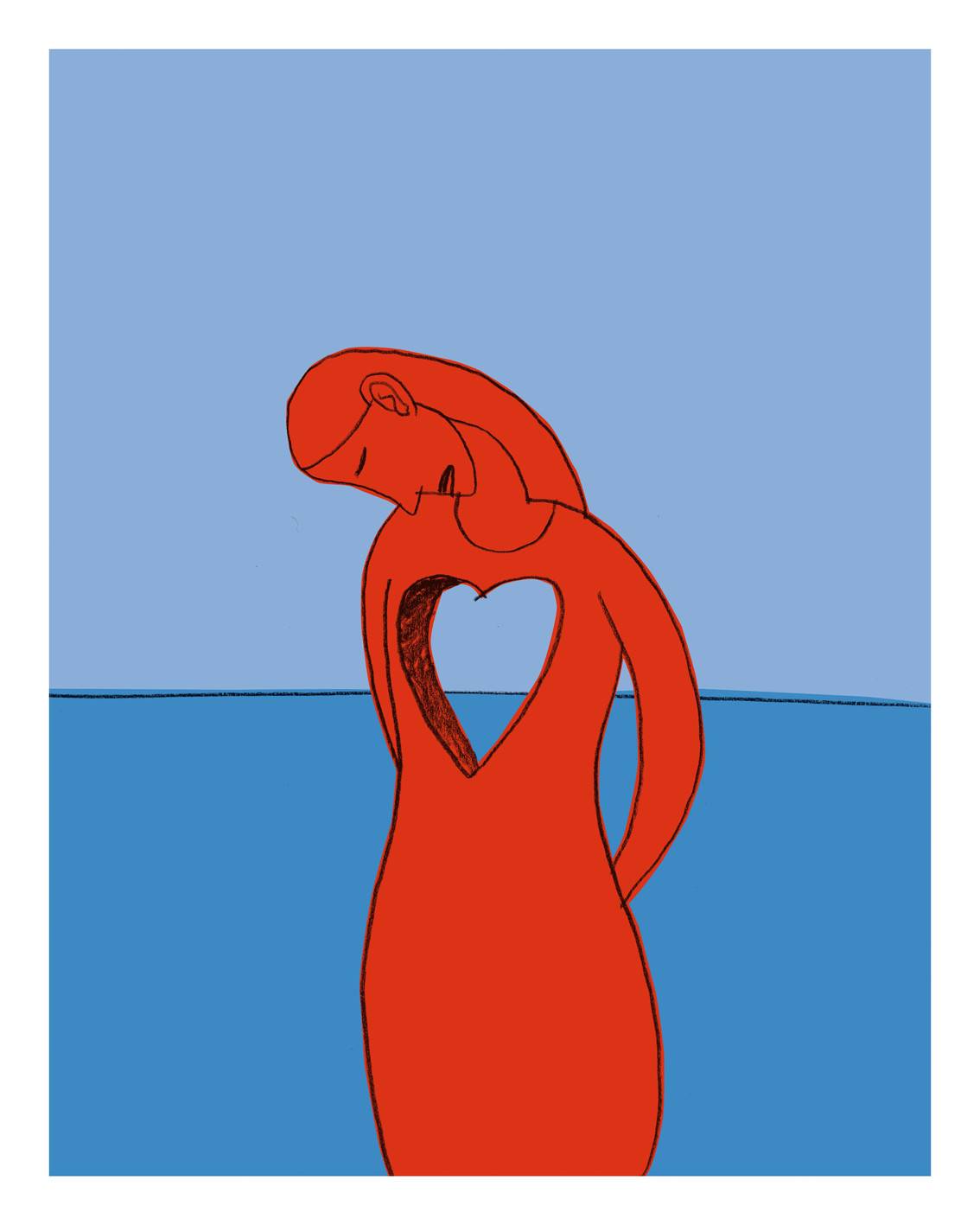 Guido Scarabottolo (Sesto San Giovanni 1947) is an illustrator, graphic designer and artist. He has long collaborated as a graphic designer and illustrator for the main Italian publishers, RAI, the major advertising agencies and important national companies; he also collaborates in Japan and the United States, where he also collaborates with newspapers such as The New Yorker and The New York Times.
His images with an unmistakable sign have appeared in unusual private and public exhibitions in Italy and abroad, accompanying his iron sculptures, often large, like the one, six meters high, exhibited in 2015 at the Milan EXPO. 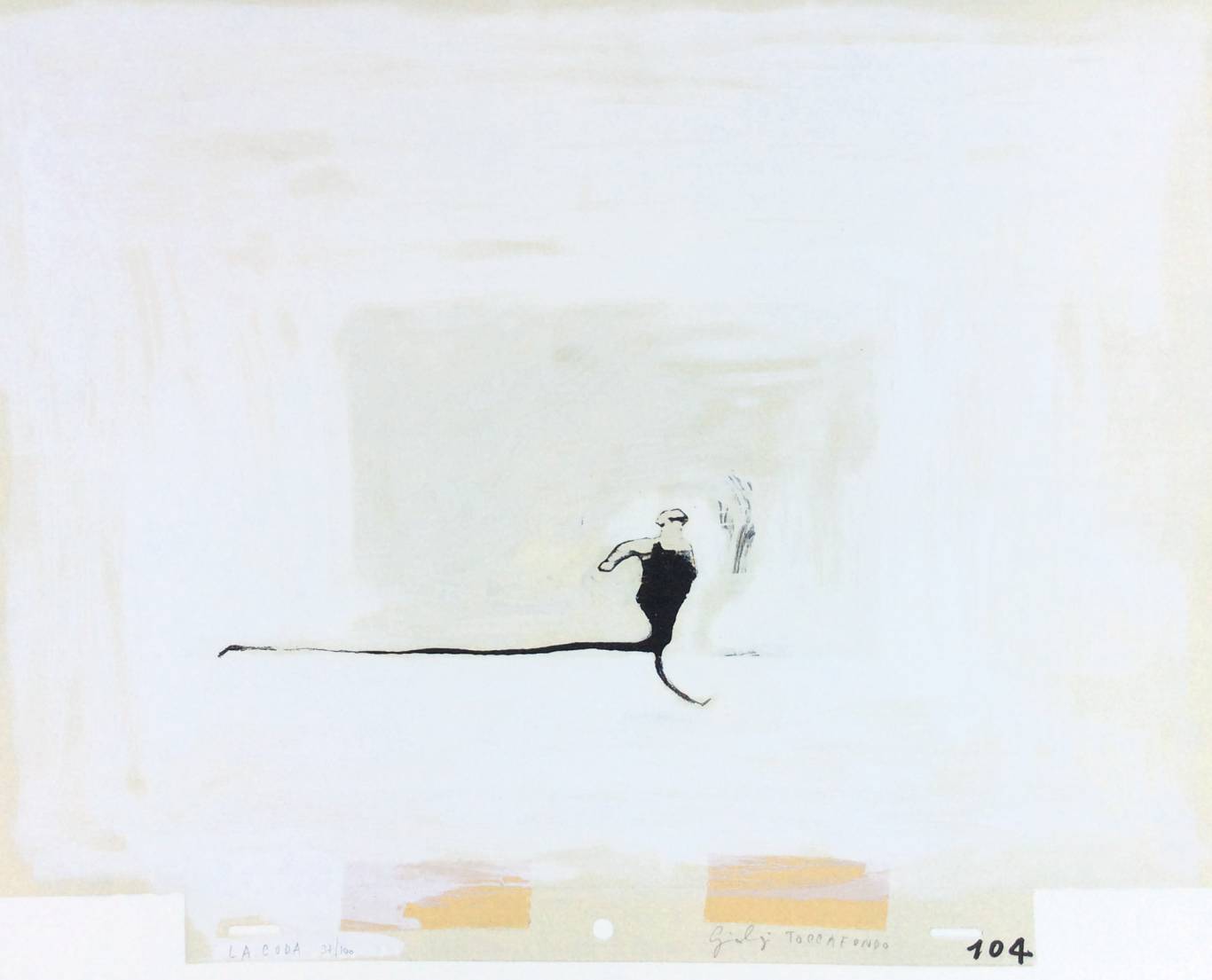 Gianluigi Toccafondo (San Marino, 1965) is an artist, illustrator and author of animated films. Since 1989 he has made short films, television themes for RAI, animated logos for cinema and commercials (his animation for Sambuca Molinari, the trailer for Fandango ...) remains in everyone's memory. Among the other spectacular short films presented in art film festivals around the world, we recall Le Criminel, an animated short film presented in 1993 at the 50th Venice International Film Festival, Pinocchio in 1999, La piccola Russia, in 2004, the animation of the opening titles of the Robin Hood by Ridley Scott of 2010.
His illustrations were published by Fandango, Einaudi, Mondadori, Feltrinelli. The first exhibitions of his great papers are from the early 1990s, at the Galleria l'Affiche in Milan. 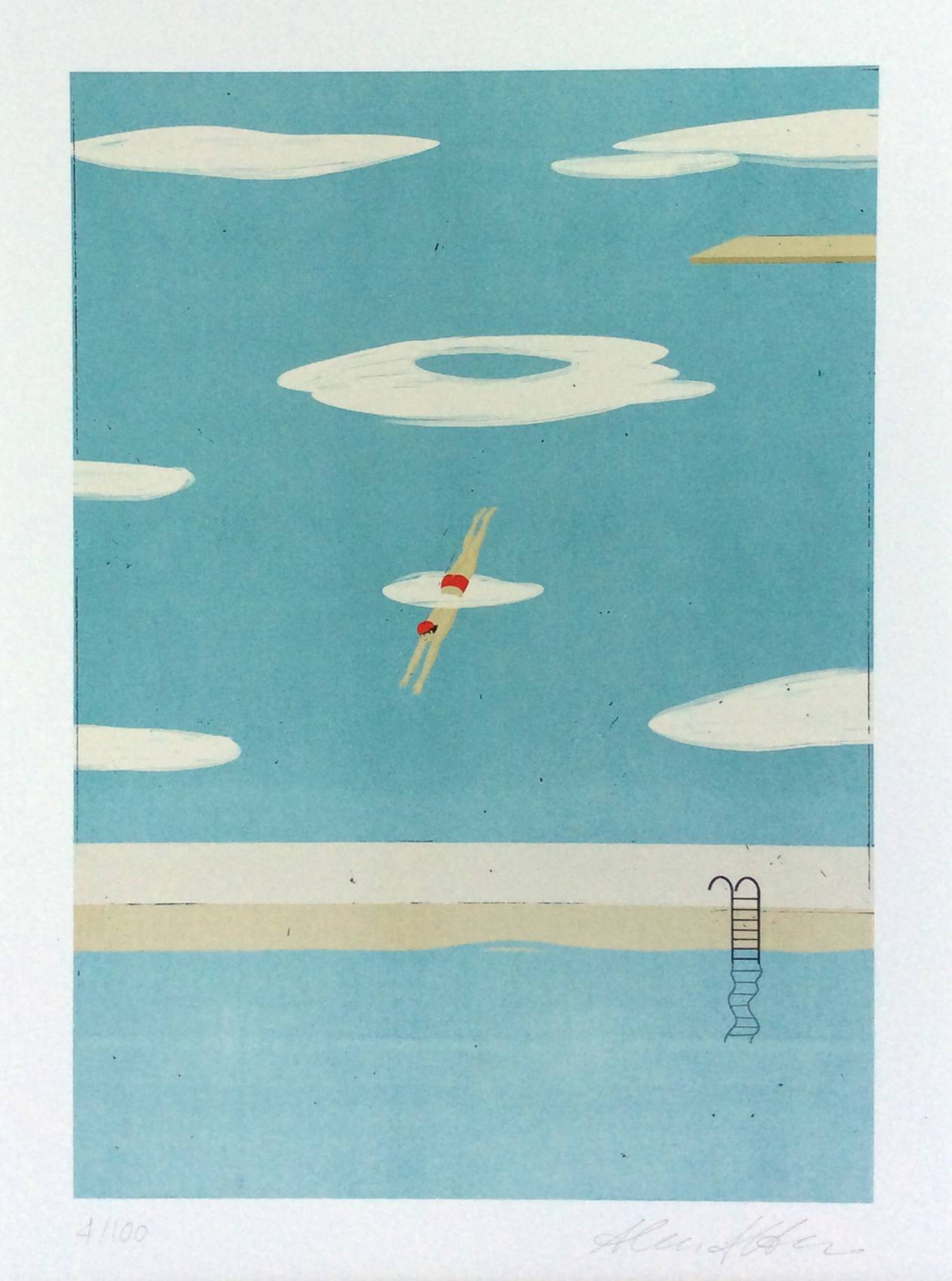 Shout, aka Alessandro Gottardo (Pordenone, 1977), is an international renowned Italian illustrator. He collaborates with publishing houses such as Penguin Books, Einaudi and Minimum fax, and prestigious newspapers, such as The New York Times, The New Yorker, The Wall Street Journal, TIME, National Geographic, Le Monde. Thanks to his unanimously recognized talent, his work has received numerous international awards, such as three Gold Medals of the Society of Illustrators NY and the Gold Medal from the Society of Publication Designers "Best SPOTS of the year" for the Animal Spirits illustration, published in The New York Times. 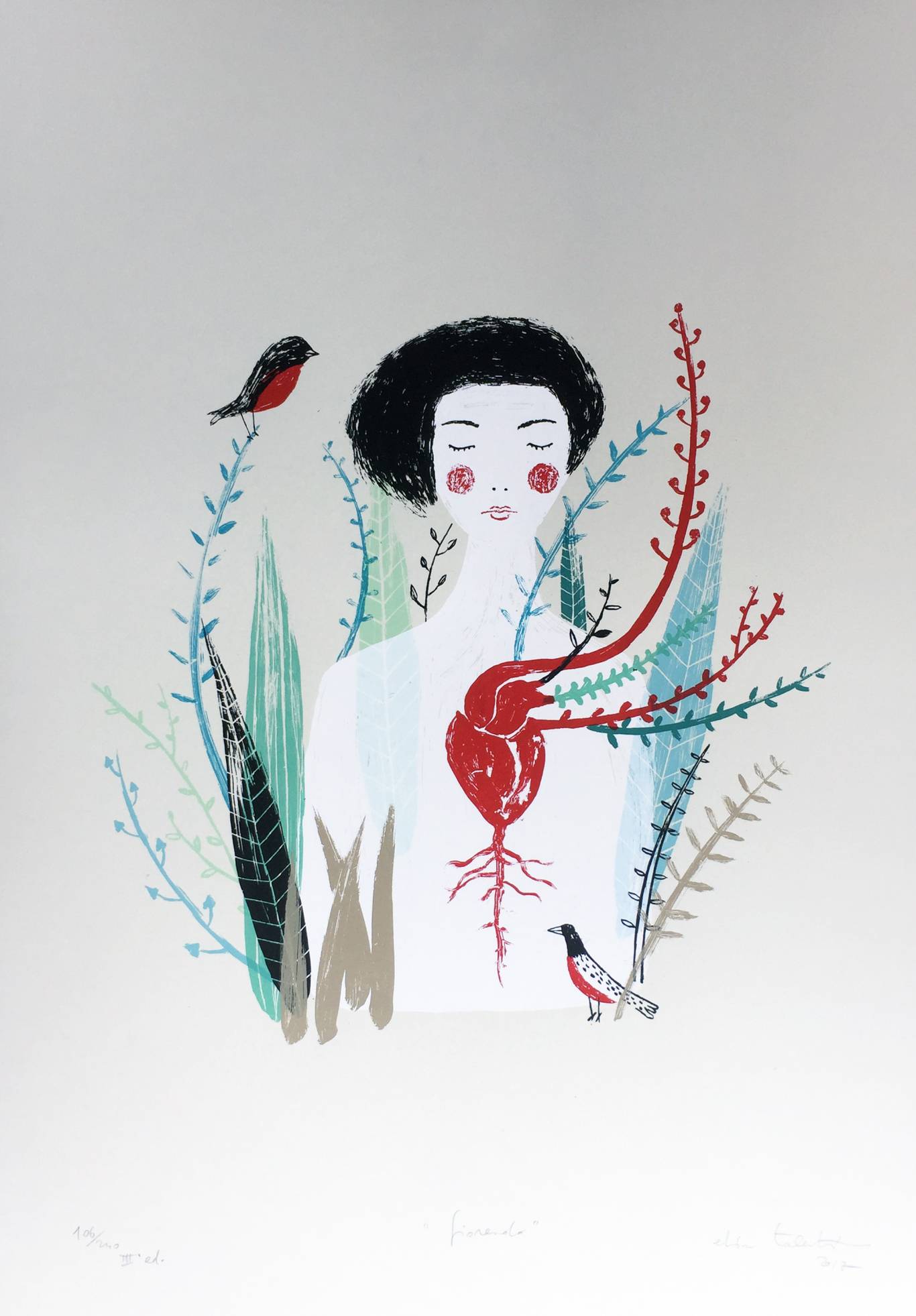 Elisa Talentino (Turin 1981) is an Italian artist dedicated to illustration, painting, graphic art and animation. She has published three books: Le jardin d’hiver (Print About Me, 2013), Bendata di stelle (Inuit Editions, 2014), Metamorphosis (La Grande Illusion, 2016). Her illustrations have appeared on international newspapers, such as The New York Times, The Washington Post, La Repubblica, La Stampa. She also collaborates with some of the major Italian publishing houses, including Mondadori, Einaudi, Bompiani, Edizioni and / or. 2017 is the animated short film Dandelion, from which the book of the same name was taken (Lazy Dog Press, 2018). Her serigraphs, which she printed herself in her atelier in Turin, exhibited in numerous galleries in Italy and abroad, were also much appreciated. 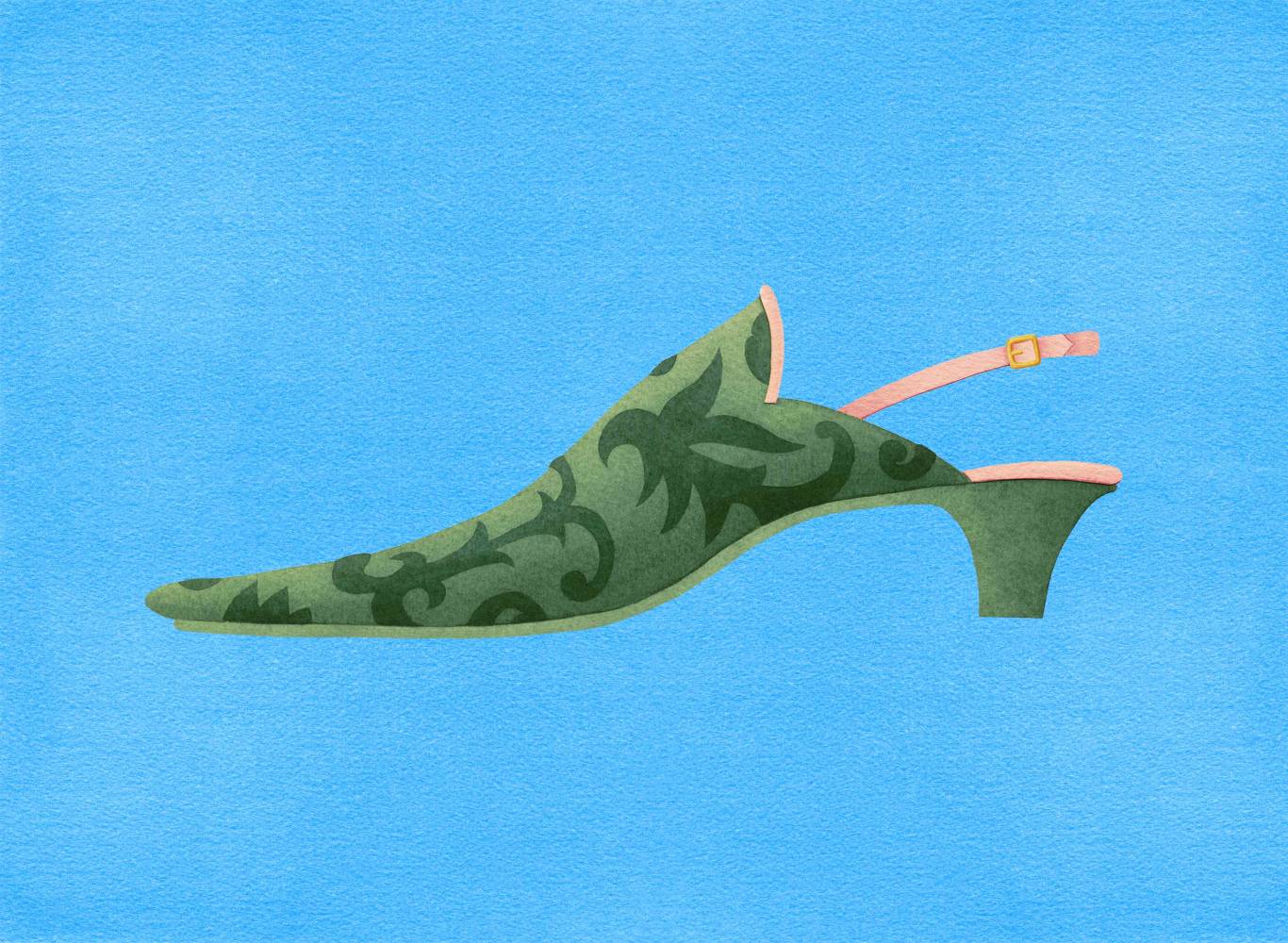 Davide Pizzigoni (Milan, 1955) is an eclectic artist, who expresses himself through illustration, design, painting, set design, advertising graphics. In 1987 he started to collaborate with the Olivetti company, creating posters, lithographs, screenprints and publishing an illustration book titled Stories wonderful from the thousand and one nights. Since then, there have been numerous collaborations, directions, works, including in the field of opera: in 1994 he designed sets and costumes for the opera Die Frau Ohne Schatten by Richard Strauss, on stage at the Zurich Opera House, and then in the following years for the Vienna State Opera and the New National Theater in Tokyo. From 1992 to 2007 he was also a designer of the Bulgari accessories collections. In 2016 the personal exhibition Il corpo del vuoto was held in Milan, at Villa Necchi Campiglio, which retraced Pizzigoni's twenty-year research on space as a form and body. 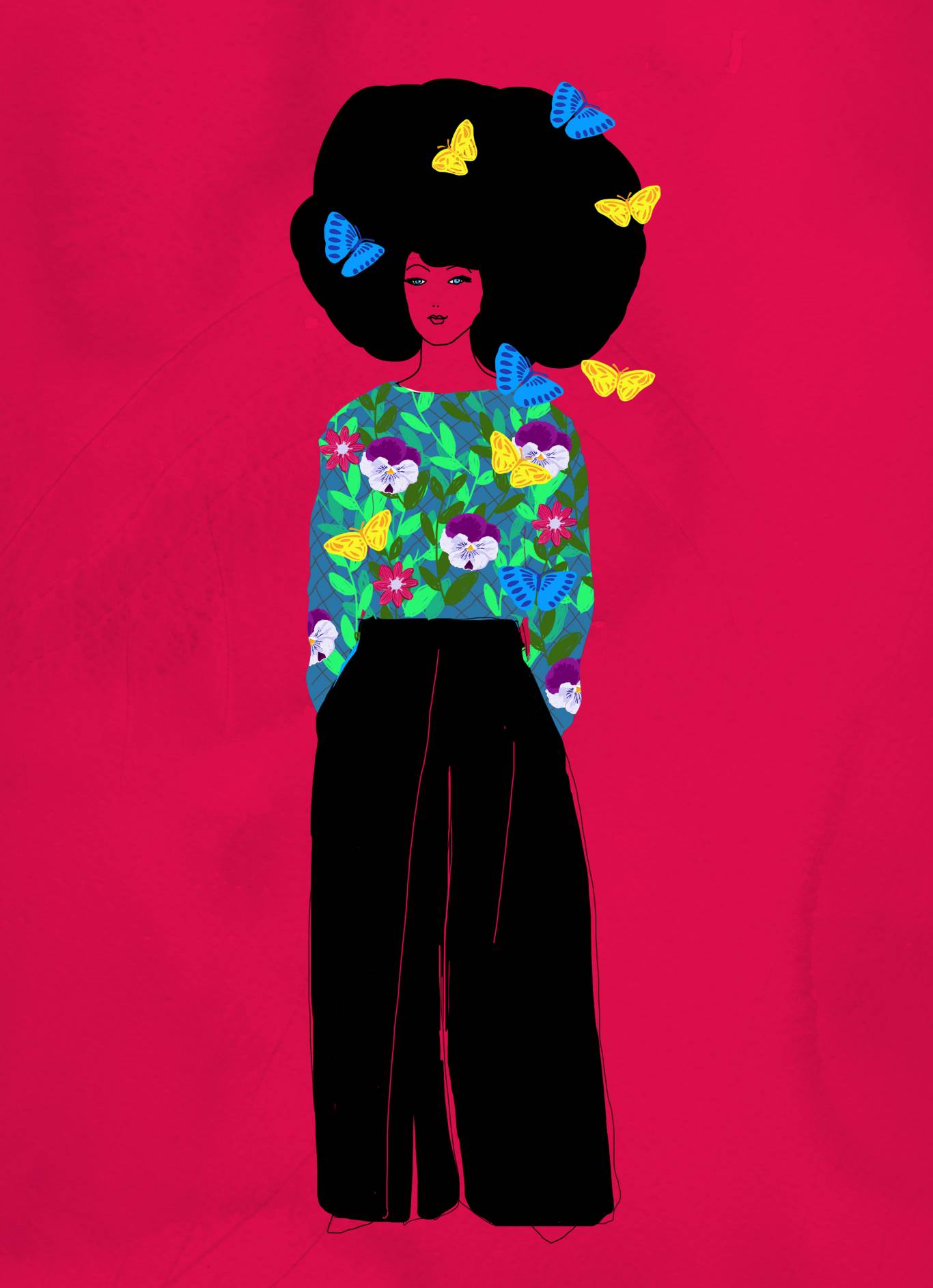 Maria Giovanna Lanfranchi (Padua, 1984) is an illustrator, author and graphic designer. After graduating in History and Art Criticism at the State University of Milan, master of publishing illustration, workshop on art, illustration and graphic design, she carried out his research on image, writing and communication. The result is a young contemporary author who moves on several levels: she publishes books for children (The history of Vittoria, Stellina Vittoria and the Moon, The three wild swans), creates images for magazines and prestigious online fashion sites, such as and -Pitti.com. With the Galleria, the Affiche produced two series of portraits, Vanitas and Her-him, in a fine art limited edition.